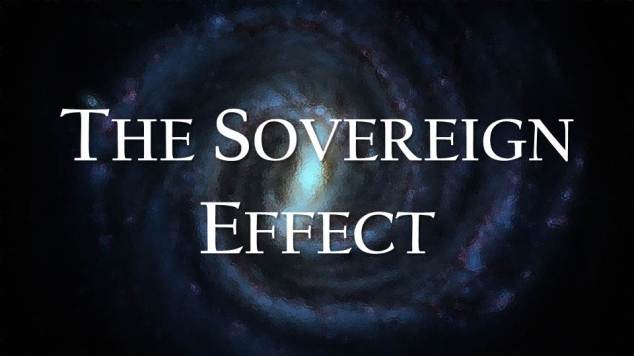 For one reason or another, I seem to have a lot of people in my life right now who are stressed out. I don’t believe there’s any connection amongst them – although I suppose it’s always possible that I myself am the annoying common denominator. For the most part though, I think it’s random stuff – work is tough; relationships are tough; health problems are tough. In a sinful world, you find trouble, regardless of the wise choices you make and the preventative measures you take.

Americans, because we like to believe we control our destiny, generally don’t passively accept misfortune. This is also one of the reasons why studies have suggested that we cope worse with disasters than almost any other people group on the planet. We always tend to think there was something we could have done differently.

Theologically, the Bible offers a beautiful response to the uncertainty and trouble of life – it’s called providence. It’s the idea that God works through, and ultimately guides all the circumstances of life (Rom. 8:28; Gen. 50:20).

As a pastor, what I find interesting though is that there are some Christians who are perhaps more equipped to live their lives out of this doctrine than others. Without getting too dry, let me explain quickly. I’m Lutheran. If you were to boil Confessional Lutheranism down into one phrase, it’d probably be something like – “We are saved by grace.” While that is not the only Lutheran doctrine or an exclusively Lutheran doctrine, it is the hallmark, the emphasis, of Lutheran theology. Each church has its own theological tradition. Baptist doctrine tends to boil down to the emphasis of spiritual regeneration. Catholic doctrine tends to focus on the sanctity of the Church. Arminian theology (predominantly non-denominational churches) tend to emphasize new, meaningful life.

None of these are incorrect. In other words, they’re all biblical teachings. I happen to be Lutheran because I believe that justification – God reconciling the world to himself by grace through Jesus – is indeed the main teaching of the Bible and therefore should be the main point of our teaching. That said, there is one theological tradition that strongly emphasizes the providence of God – Calvinist theology. People who practice such a theology tend to more frequently refer to God as “Sovereign.” Now I don’t have any research to back this up, but my speculation is that individuals who hold to such theology are probably also less worried, anxious, frustrated people.

The Cause and Cure of Anxiety

The word “sovereign” technically means “to be independent or outside of other authority.” What’s interesting to me is the fact that the word itself sounds almost archaic to 21st century western people. Why? I believe it’s because philosophically we don’t like to believe that we are “under” anyone or anything. We like to think we’re on top – that we make the rules and create our own destiny.

However, this notion that we’re on top or in control of our lives actually generates a great deal of anxiety for us. Inevitably, every human, no matter how intelligent or talented, comes to the conclusion that he has very little control of many aspects of his life. CEO’s still get sick. Politicians still have families that fall apart. Celebrities still feel empty. The humans who are at the height of control on this planet still come to the same painful understanding that the rest of us do, namely, that they have infinitesimally little control over their lives. And this realization of a lack of control causes panic and worry.

So here’s the secret. Anxiety comes when you think your life is supposed to go a certain way, you begin to perceive it not going that way, and you realize that you are, to a large degree, powerless to change the course.

Furthermore, generally speaking, your greatest source of anxiety are your own personal idols. Idols are the things which aren’t God that you tend to build your identity and life value around. If that includes family, then whenever you see your children threatened in any way, you panic. If it’s your career, then whenever your big project isn’t materializing the way you’d planned, you’re not making your quota, or your boss calls you into his office, you panic.

This is nothing new. We see anxiety plenty in the Bible. We also see how Jesus wants us to handle it. Take the disciples for example:

Then he (Jesus) got into the boat and his disciples followed him.Suddenly a furious storm came up on the lake, so that the waves swept over the boat. But Jesus was sleeping.The disciples went and woke him, saying, “Lord, save us! We’re going to drown!”He replied, “You of little faith, why are you so afraid?” Then he got up and rebuked the winds and the waves, and it was completely calm.(Matt. 8:23-26)

The disciples desired safety for their own lives. Very normal, natural desire. They realized that a circumstance entered their lives that they couldn’t control that threatened their safety, i.e. the storm. They panicked. Jesus rebuked them for their failure to recognize the fact that he himself, as God, was sovereign over the wind and the waves. He proceeded to give them evidence that he was in control, calming the squall.

The point is this: even if you aren’t in control of all of the circumstances of your life (and humility leads you to recognize the reality that you’re not), you’ll avoid anxiety by recognizing that you have a loving Lord and Savior who does rule over all of the circumstances of life. He loved you enough that he died for you – so he clearly has your best interest in mind. And he’s powerful enough that he rose from the dead – clear evidence that he has authority over everything in the universe.

What We Can Control

I believe God created the ant to teach us something about ourselves. Yes, the ant.

Ant societies have division of labor, communication between one another, and an ability to solve complex problems. The parallels to the human experience are actually quite striking. In fact, ants are even referenced in the Book of Proverbs as something as an ideal for humans – for their wisdom, strength, and cooperation (Prov. 6:6; 30:25). Ants can carry up to 25 times their body weight. If they were the size of humans, they could run as fast as racehorses. And they are significantly more socially intuitive and interpersonal than humans. But the reality is this – how hard is it to squash an ant or all of its efforts, really?

Look through a telescope sometime this summer. Realize you are an ant in this universe.

If you truly believe that you’re in control over your own life, you should be wetting your pants about what might come next. We can barely control our own behavior, let alone have dominion over the entire environment that surrounds us.

But, if you have a Sovereign God, you can enjoy dry pants as you “Humble yourselves, therefore, under God’s mighty hand, that he may lift you up in due time.Cast all your anxiety on him because he cares for you.” (1 Peter 5:6-7)

Pray and understand what prayer is. God has not given us the gift of prayer to take control over our lives. He’s given us prayer to condition and tenderize our hearts, to conclude that he is in control. Use it that way. Resigning yourself to God’s good will takes the weight of the world off of you and puts it where it belongs – in the hands of the one who created it and can actually handle it.

Understanding this element of the gospel of Jesus will not only allow you to breathe, but it’ll make the air taste that much sweeter.

“Do not be anxious about anything, but in every situation, by prayer and petition, with thanksgiving, present your requests to God.” (Phil. 4:6)

Let me leave you with one of the most beautiful things I’ve ever heard.

4 thoughts on “The Sovereign Effect”