With the upcoming holiday weekend, I’m guessing that many of you may be embarking on some road trips. A great way to redeem the travel time is to listen to Christian messages along the way. I personally am constantly streaming various Christian speakers as a way to continue to grow, especially during travel. 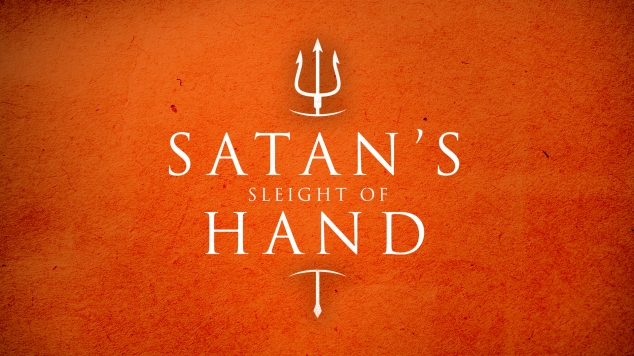 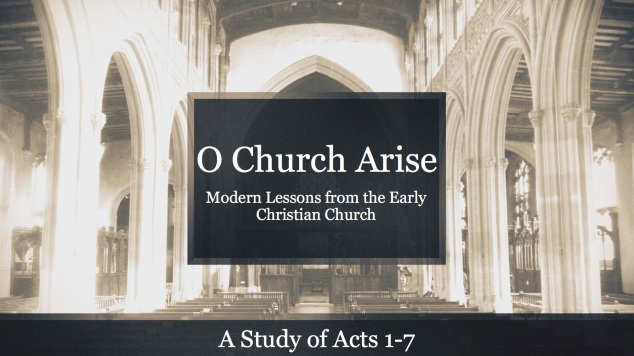 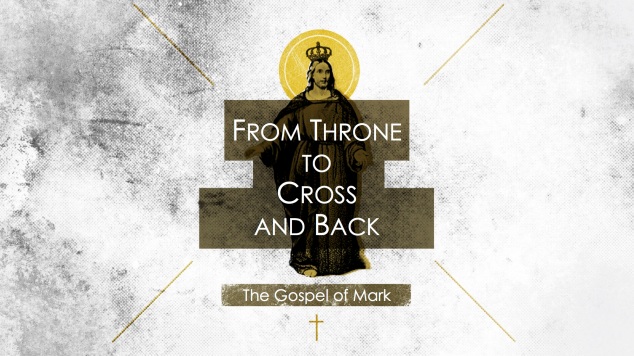 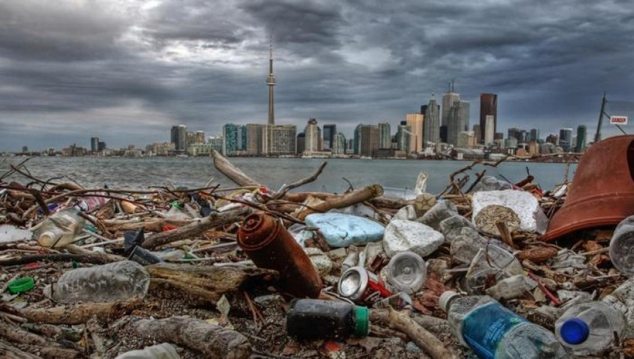 Most teens and young adults believe not recycling is more immoral than watching pornography.

What does this mean?

I honestly don’t know if there’s a better statistic out there that encapsulates the largely well-intentioned, but misguided, spiritual condition of modern America.

Having moved into a more urban area in recent years, not too many things have thrown me. One of the few things that has most definitely jumped out at me, however, is the moral stance that young, progressive-minded adults take on recycling.

I honestly don’t know if it’s the sad pictures we saw of seagulls caught in plastic 6-pack rings when we were growing up, or the image of sea otters drenched from an oil spill, or Al Gore’s conscience pricking documentary An Inconvenient Truth, but this generation’s young adults most definitely are affected.

By and large, it’s a GOOD thing. After all, God gave mankind the position of prominence in the kingdom of his creation, in part, because mankind had unique abilities to care for creation (Gen. 2:15). Throughout Scripture we find God commanding humans to watch over animals (cf. Prov. 12:10; Ezek. 34:2-4). We learn that caring for the planet is godly because Scripture tells us that God himself cares for his earth (Matt. 10:29). And therefore, the consistent message of the Bible is that the earth belongs to God, but suffers due to mankind’s sinfulness (Rom. 8:19-22). So now God desires us to manage and care for the planet as an expression of our faith in Christ’s rule and redemption of the world.

Contrast that with something like lust, which falls into the realm of direct biblical command. Jesus said,

“But I tell you that anyone who looks at a woman lustfully has already committed adultery with her in his heart.” (Matt. 5:28)

A similar illustration can be seen in society’s preference of animals over humans. My wife and I went to see the summer blockbuster The Meg last night. It wasn’t exactly a Jaws ripoff, but obviously derivative. As you can imagine, there’s a decent amount of humans getting torn apart by a giant-toothed prehistoric Megalodon. The audience, so far as I could tell, was perfectly comfortable with this. However, when a tiny Yorkshire Terrier fell into the water at one point, and the Meg was looking for a fun size snack, you could feel the mood of theater change. The movie’s director clearly understood this perception as well. We witnessed humans getting executed repeatedly, but this particular scene was shot in such a way as to suggest that the execution of an animal was more than audiences could handle. The general populace is more sympathetic to animals than to humans today. I say all of this as a pet lover myself.

Some day, when my pit bull Gemma inevitably passes away, I’m going to be an emotional wreck. My instincts and my life conditioning tell me to value my dog ahead of most humans. It’s my theology alone that tells me to value the often annoying humans ahead of a creature that loves me unconditionally. If I couldn’t quote chapter and verse of biblical texts that tell me to value human life (i.e. if the Holy Spirit hadn’t convinced me through his Word), I’m not certain I’d feel the same way.

The modern western world retains a skeleton of Christian values, the haunting of Jesus’ teaching. But some signs would suggest the meat on the bones is mostly gone. And therefore its as important as ever that Christians today are overflowing with biblical reasons for why they do what they do and why they hope what they hope.

So…do I recycle? Yes. It has nothing to do with thinking human life is in jeopardy due to a hole in the ozone layer or anything like that. Humanity as we know it will end precisely when God chooses to bring that end (Matt. 24:36). Instead, I recycle as a testimony of faith – I know that my Redeemer lives and he’s coming back to sit on his throne and renew all things (Matt. 19:28). As I care for the planet, my recycling foreshadows, in a small way, the ultimate recycling of the planet by Jesus.

Anyone who has followed the weekly articles of NY Times op-ed columnist, David Brooks, or read his 2016 best-seller The Road to Character, knows that HUMILITY is the character trait that Brooks would consider the most elusive in modern America. And I think it’s fair to say that he would suggest its absence is the main cause of societal problems today.

However, while Brooks, who is not a Christian, longs for societal humility, he struggles to suggest what could possibly generate it. I think I know something that can.

The Bible describes Moses as the most humble man on the face of the planet (Num. 12:3), a fascinating statement for multiple reasons. Assuming the statement is true, however, it’s interesting to see how Moses arrived at that point, and what happened when he did.

Moses was born to Israelite parents, but educated in Pharoah’s court (Ex. 2:1-10). Receiving the best instruction available in the entire world, Moses would have been perfectly groomed, uniquely calibrated for leadership. Furthermore, the nation of Israel, 400 years deep into slavery at this point, desperately needed a leader at that time. But God didn’t use Moses then. I might argue that God couldn’t use him then. Just look at Moses’ character.

Moses was undoubtedly talented, but he was also tremendously arrogant and reckless, evidenced by his murder of the Egyptian who he found beating a Hebrew slave. Moses was of course justified in defending his native people and seeking their justice, but seemingly knew full well he was doing something wrong in killing the Egyptian (Ex. 2:12). His instincts were correct, but his attitude was immature.

If God had used Moses at that moment, it might have looked as though Israel’s success was dependent on Moses’ capacity, rather than God’s grace. An egotistical leader likely wouldn’t have done much for Israel’s spiritual direction either. Instead, God leads Moses into the Sinai wilderness to become a simple farmer.

In fleeing the country, Moses left behind all of the wealth of Egypt to become a penniless vagabond. He left behind a successful career in Egyptian government to become a Midianite farmer. He left behind both his biological family and his adopted family. And Hebrews 11 says he left behind “the fleeting pleasures of sin.” Put differently, Moses willfully made himself less financially, professionally, and relationally comfortable. It was an instinctually counterintuitive move if there ever was one. So why did he do it? Because “He regarded disgrace for the sake of Christ as of greater value than the treasures of Egypt.” (Hebrews 11:26)

Everything about this is crazy and incredibly humbling to me. Moses is 40 years-old. He’s a man with an incredible education, tremendous leadership skills, and a people who absolutely need him, and he’s wasting away his days with sheep in the desert. How many good years does he have left? His 40s, 50s, 60s, and 70s pass him by. He’s 80 years-old. A has-been. And God shows up in a burning bush and says, “I have a job for you. Now that you know you’re NOTHING, I have a job for you.”

This has become such an important lesson in my life. Understood correctly, God doesn’t use somebodies. He uses nobodies. Moses formerly was something in the world’s eyes. God wouldn’t use that. Moses became nothing. And at that moment God wanted him to lead a nation. The moral is that if you sincerely want to be an instrument to advance His Kingdom, you need to empty yourself of yourself and be filled with His Spirit.

Why should this surprise us when God sent our Redeemer, a Greater Moses (Deut. 18:15) to a manger, not a palace; as a carpenter, not a warring conqueror; saving us through his own blood on the cross, not the blood of an enemy on a sword. Our God’s Kingdom building methodology is beautiful, otherworldly, and anti-instinctual.

Become useful for the Kingdom. Empty self. Die to self. Rise with Christ, filled with Spirit.

“Humble yourselves before the Lord, and he will lift you up.” (James 4:10) 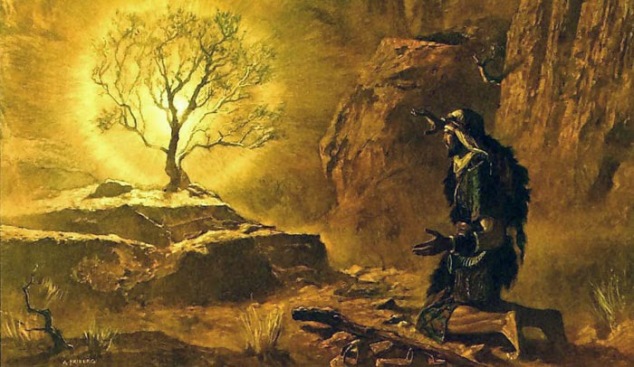